In preparation for Solo for Ayumi, which was created in collaboration together with Ari Benjamin Meyers, I decided to write about my life and later turned parts of the text into letters addressed to Ari. I used the same technique the writer Sarah Kane used, a method of synchronizing the ability to remember with somatic work and the text became deeply personal. For the show, Ari Benjamin Meyers encrypted each letter with a composition which I then performed and transformed into 6 hours every single day of the exhibition at Esther Schipper. Alongside this performance, which formed the core of the exhibition, we chose to exhibit selected objects and artifacts belonging to me and paired them with the letter-scores. Those diptychs were displayed either framed on the wall or laid out in large vitrines. 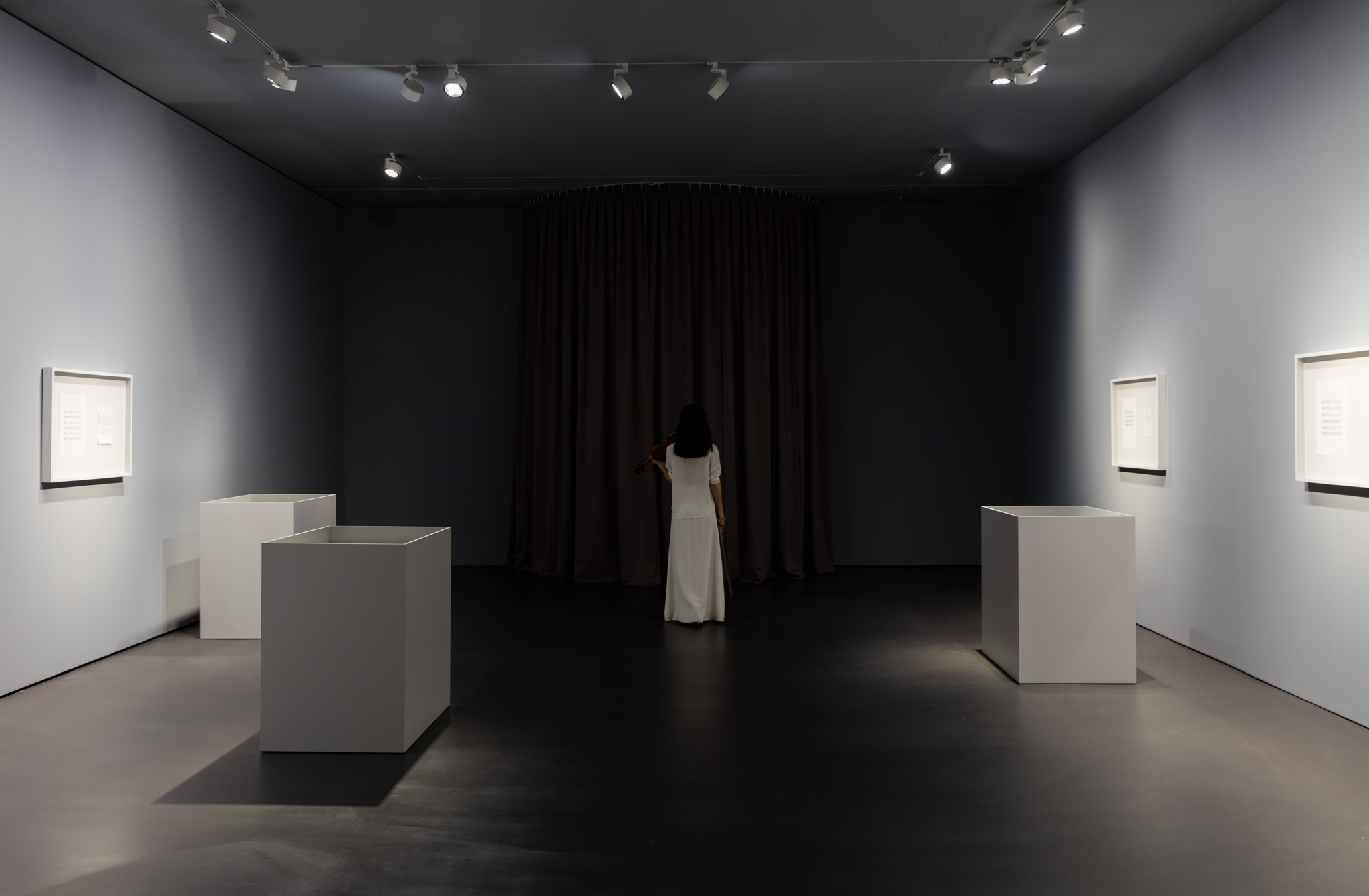 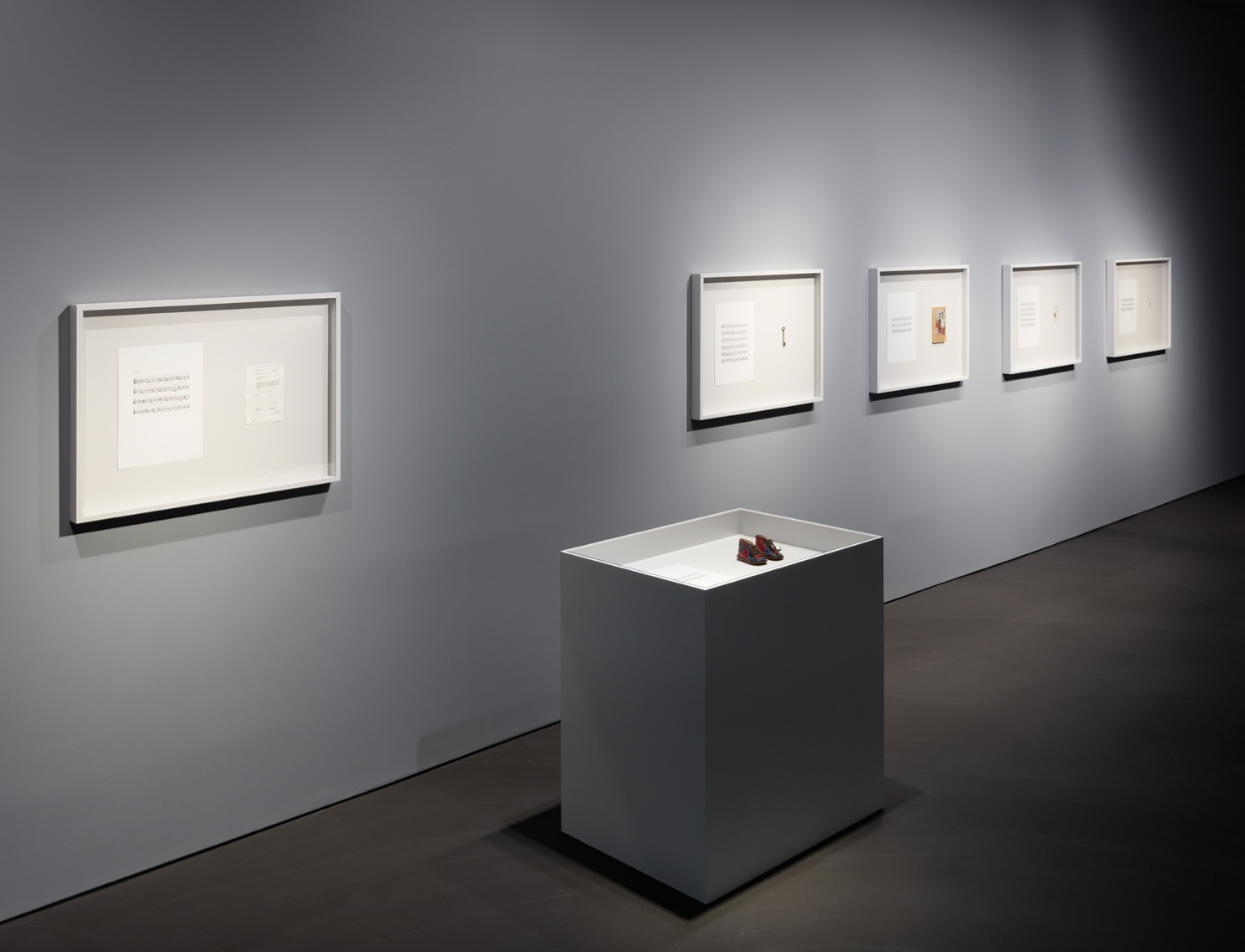 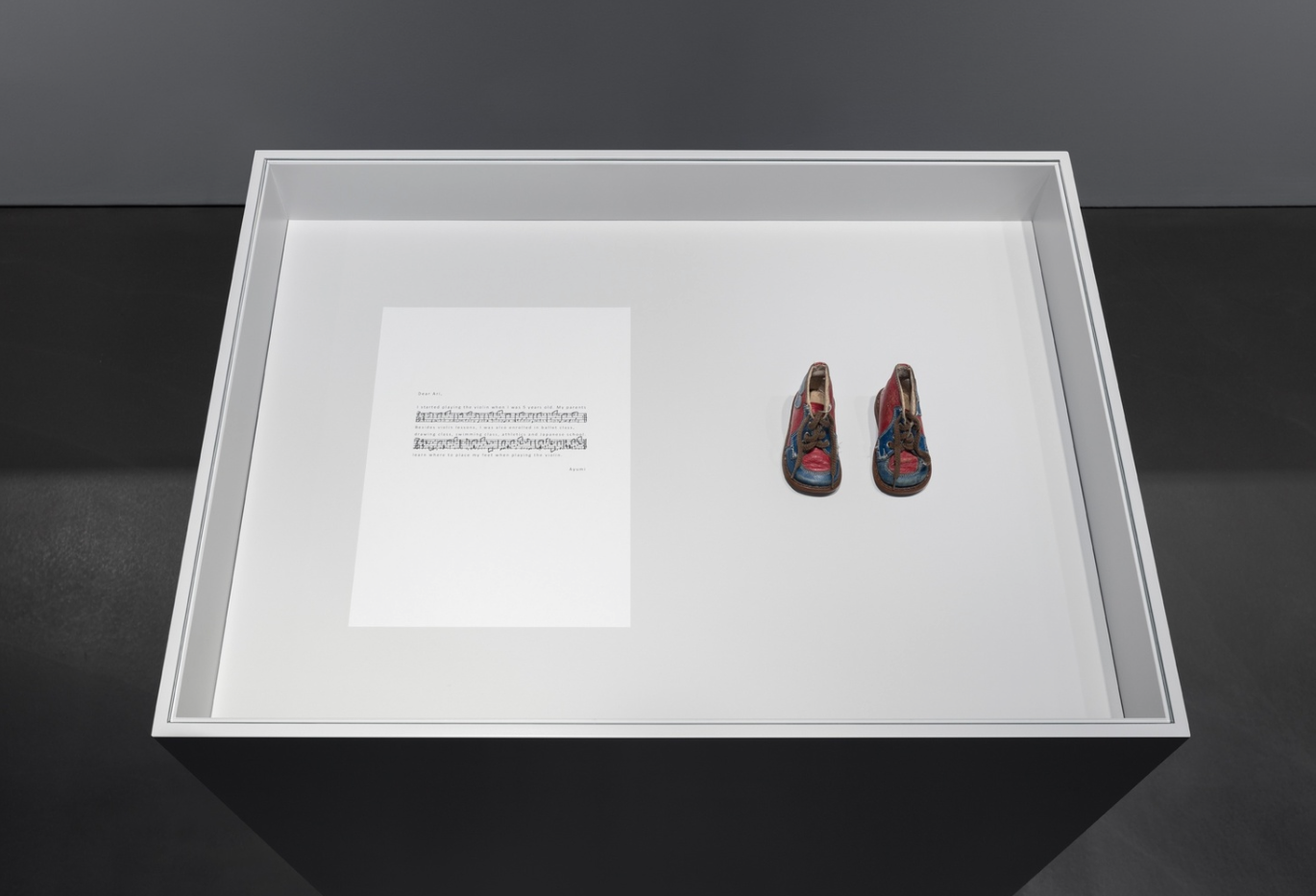 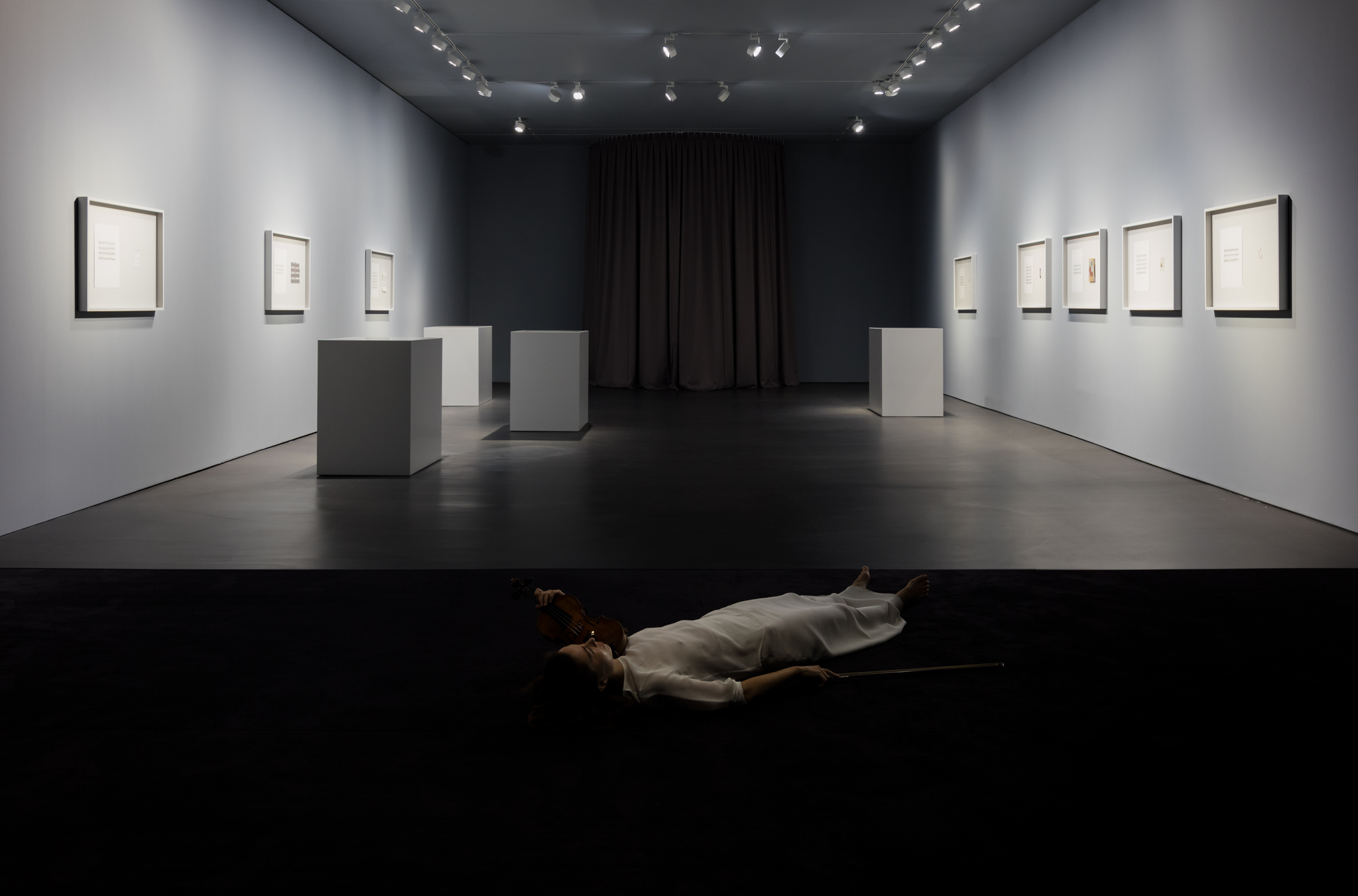