For I HEAR LIGHT, I recorded sounds at the Kunsthalle over the duration of a year and a half. Among the myriad of sounds captured are some documenting the three exhibitions preceding my installation, my overnight stay at the hall, as well as everyday sounds such as birds, rain, the laughter of visitors and the mechanical pinging of a heater. During 2 performances on November 20 2016 and January 8 2017, these sounds were activated as a site specific installation, connected to simple speakers placed throughout the Kunsthalle. Each module became a singular object containing one specific sound amplifying an already present aural characteristic. As audiences moved through the performance they added their own sounds while I played violin, sang, and moved through the space intuitively switching modules on and off – spontaneously arranging each 8-hour performance. The simultaneity of disparate sound events created a consciousness of time and unveiled the relationship between all things embedded in an infinite process of change.
The work was conceived in close dialogue with Jan Tichy during his preparation of “Installation No.29 (Neues Rathaus)” as both works influenced each other in a continuous cycle created by their interplay.

The immersive nature of this project made it impossible to document it in a sufficient way. 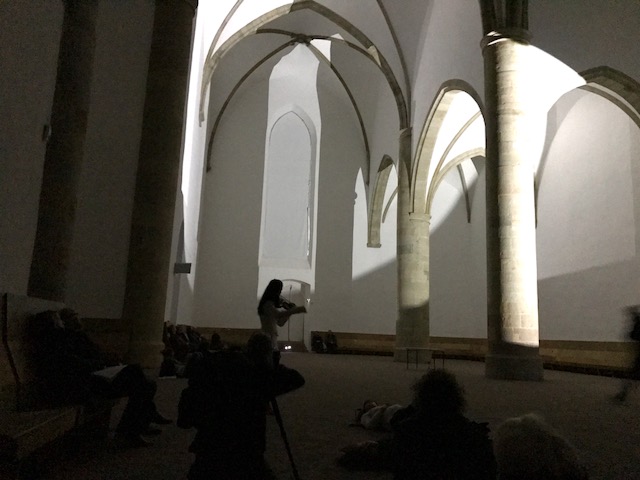 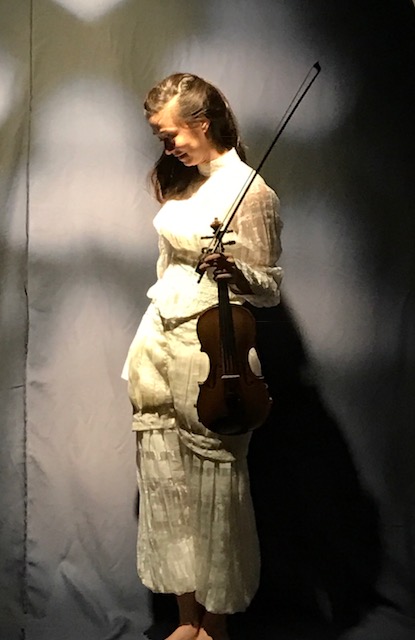