Concert in 4 parts was commissioned for the exhibition Für Andrea Emo by Anselm Kiefer and reflects the 4 spaces of the gallery in Paris Pantin. The audience was invited to follow me through the halls or to wander around and find their own spot to experience and become part of the performance.
The beginning and ending of the performance is dedicated to the notion of Einklang, which designates a sequence of notes sung with voice and played with the violin in unison. The composition is notated on a circular score, without the indication of a beginning or an ending and thus can be repeated infinitely.
Seven of the compositions relate directly to works presented in the exhibition, forming a path through the concert and the space: Engel der Geschichte, Die Argonauten, Brünhildes Felsen, Sonnenfinsternis, Original Sin, Am Grunde der Moldau, da wandern die Steine, and Kundry. The differences between the compositions are due to the overtones, microtonalities of intervals smaller than a semitone, as well as juxtaposition of extreme speed and pressure for left hand and bow hand. The result is either the disappearance of sound or the sudden presence of an uncontrollable sound.
The performance also included a piece of music by Heinrich Ignaz Franz Biber from 1676. The composer dedicated his “Passacaglia” for solo violin to a Guardian Angel. To prepare this performance, I ritually copied the score by hand, retracing this music both mentally and visually.
All compositions of the performance were woven into one larger narrative through a recurring harmonic pattern that is a tonal translation of the notes A, E and F: Für Andrea Emo. The smallest structural unit of this pattern unfolds its leitmotiv character by being mirrored in a multitude of variations.
For the performance I made a dress of silk and cotton, which was knitted in my studio, while I was simultaneously composing and rehearsing the musical scores. The knit gives a physical dimension to the temporality of music, visibly capturing the passage of time as well as representing the skin I inhabited throughout the performance. 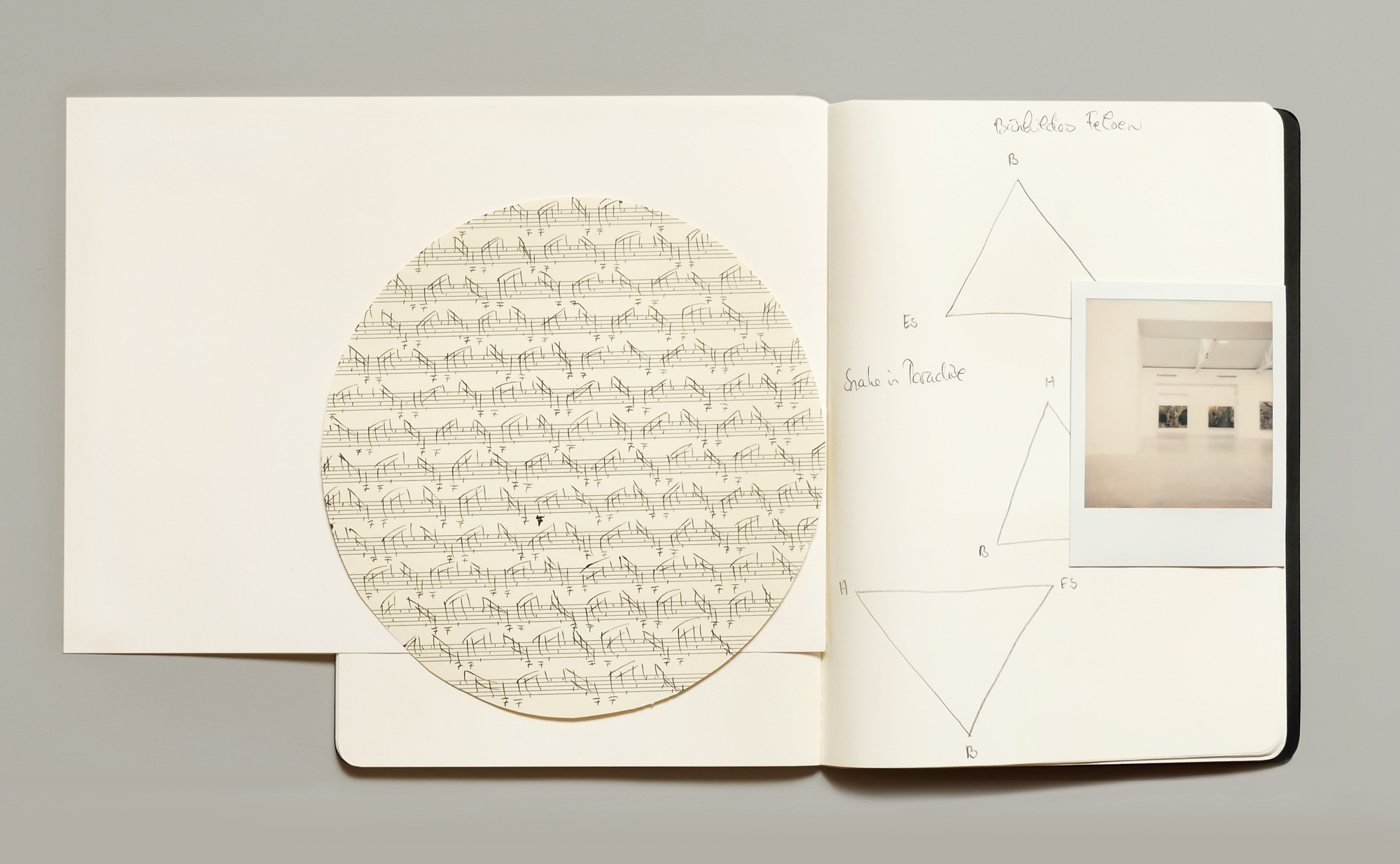 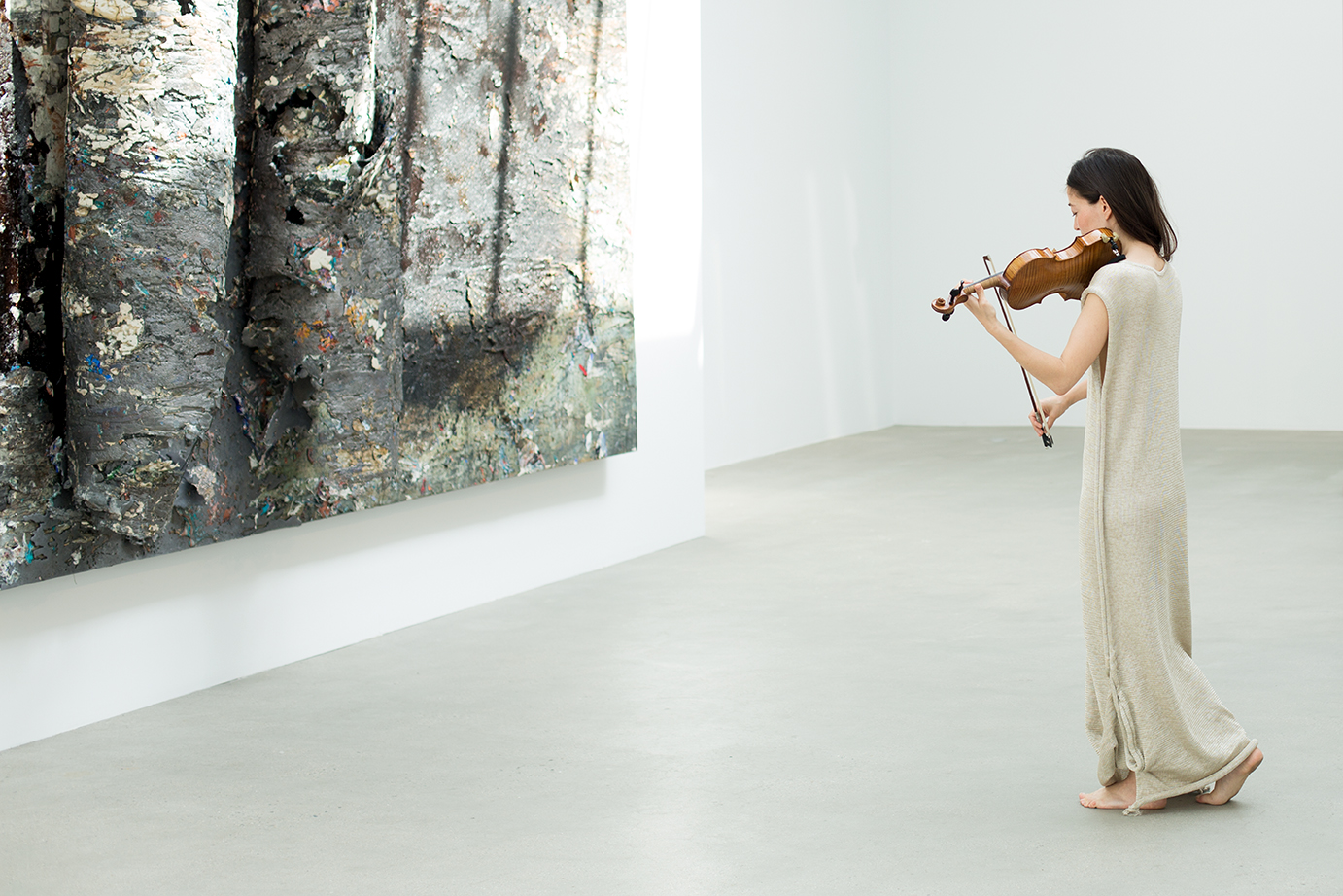